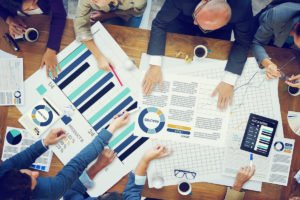 As culture becomes more important to business leaders, we are finding an increasing number of studies which demonstrate what is intuitive to most.  Specifically, the significance of culture on business performance is critical.  Here is a snapshot of some of the evidence of why company culture matters:

Conscious Culture Group® works with business leaders to understand the current state of culture and build the organization into a high performing one that allows employees to work at their best, enjoy their work and value the organization. We believe an intentional culture gains better results than a default culture.